Let us begin with a grumbly pre-amble which applies to all shows and events, and is not specific to York, and thus falls outside the usual ‘Griping’ section.

Often it appears that certain forms of social media communication have taken precedence over all others. Vital information is posted on, and subsequently buried by, Facebook and it’s byzantine algorithms of determination as to what you (the user) want to see, as dictated by what Bookface has decided you (the used) want to see. We have all encountered this issue: Buy one pair of  World-of-Warcraft leggings for a partner, or the latest Military Techno-Spy-Thriller for a septuagenarian ex-librarian mother (no, really), and your ‘feed’ will be beset by endless promoted adverts for athleti-leisurewear and brooding ex-SAS mercenary anti-heroes who get the job done in 15 or so volumes. Attend the same gaming show for a decade running and it’s still just yoga pants and Mcnab and fuck all else on your wall.

(Or maybe buy 53 volumes of Horus Heresy books from Amazon, and still be seeing that one pair of ladies pants your significant other bought in 2012 using your account and nary a single thing about the 31st Millenium). We’ve all encountered the frustration when we catch sight of what might be a post relevant to our actual interests, but it refreshes away into Facebook limbo when we try to find it. This crafty scrivener can demonstrate using graphs and statistics provided by WordPress itself that Facebook can barely even be bothered to share a post until a day (or sometimes a few months) after the fact, and everybody has seen Christmas Day posts appear on Boxing Day or has left belated birthday greetings to a friend for family member and been left looking like a bit of a tool.

Clearly ‘they’ (who are ‘they’? The wizards?) are not as good at monitoring our every move as tinfoil-hatters would have us believe, but that is not so pertinent. What IS pertinent is that Facebook is often a very poor medium for the transfer of time-sensitive or important information, and those using it to share such ‘gen should probably pay heed to this. There is life outside the Zuckernet, and if you have a website, you should probably share information on that too. Vapnartak has a website. So does Leeds Fiasco, so do most Conventions. (Conversely several appear to ONLY have a website, apparently being hosted live from the early 90s.) This cuts both ways. The more ways you share, the more people see.  It might not be ‘hip’ or ‘with it’ to use the Old Peoples Internet like Grandpa did, but as demonstrated above, the ‘Yoofnet’ is bollocks and doesn’t care what you want to know, only what it wants to tell you to know.

Many of those who attend shows have to endure interminable and over-priced journeys on our Run-For-Profit mass transit network. Many have had to weedle and cajole significant others into providing transport (Cheers, Widow!). Many have a budget, or a specific list of items they wish to accrue. Many would like to take advantage of pre-order discounts, or subsume the cost of postage into a decent day out, and it probably doesn’t need to be said (but say it we will) that the traders themselves dearly like to be advertised. This is true of all shows, and unfortunately, the Vapnartak website was still showing the trader list from 2017 in the weeks running up to the show., and it seems to have taken the cajoling of actual traders to get it updated.

The moral of this story is two-fold. In the first part, ‘They’ aren’t watching you, or if they are, they aren’t paying proper attention. In the second, try not to neglect all available outlets when providing information, lest ye inadvertently restrict your market.

To the day itself.

York Racecourse is ‘a toidy step’ (anywhere between twenty yards and ten miles) from York proper, but not an insurmountable walk if the weather is fair. Buses are available from near the train station. (Service 11  21  26  197, we believe, but please double-check, and running at least hourly.) Road travel to York can be a little frustrating at peak times, but as it is usually on Sunday, this is less of a problem. Adequate free parking is provided, although as it is basically a field, it can rapidly become akin to the Somme if the weather is poor. This year it was relatively dry. It is quite far from any local conveniences, shops etc. Entry fee was 5 of your Earth Pounds, with concessions for over 60s and under 12s.

The venue: Divided over several floors of the racecourse, with the uppermost usually dedicated to various competition games, where the fiercely competitive battle over the coveted  wooden spoon. We think there might be awards for winning games, but experience suggests its about the spoon.

Lighting can sometimes be an issue. Certain angles are often cast in deep shadow. (The Mighty Lancer stand on the second floor was basically IN the lift.)  The winter sun does a fair job of warming the concourse on one side but can also cast trade stands into stark relief, and the front area can be positively arctic. (This arctic explorer beseeches the organisers to provide Sally 4th with a heater, or at least a thermos of weak lemon drink next year, lest they follow his advice and start up a bonfire of MDF and leaf-flock,plenty of 1:1 scale foliage having blown in.)

At peak times (usually lunchtime, but getting progressively earlier each year) the ground and 1st floor can become overwhelmingly crowded, so the more anxious or those who understand the basic precepts of personal space might wish to take five outside for a breather or a spot of luncheon repast, or plan ahead and spend that time taking in the above mentioned display or participation games, or take a lengthy browse at Fort Lanchester. Though it may fall on deaf…eyes…herein is a small public service announcement: common courtesy dictates that a person should take up no more room than a person and the area of stand upon which that person is browsing. If you must have a lengthy conversation about the weather, or ‘our Susan and her issues’ or the plight of Xenophon’s Hoplites, our advice is DON’T. Bugger off out of the way and let people get to the stands. Our roving Inquisitors have all observed that people seem to forget such things as ‘manners’ at these events. 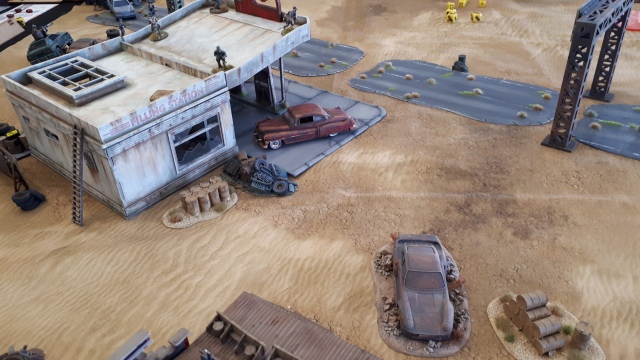 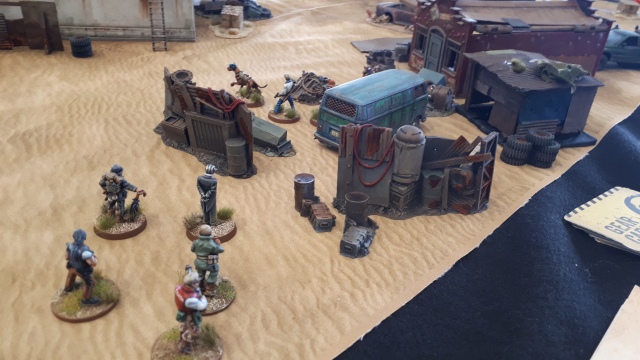 The Widow, taking up her customary place in the refectory area,

was pleased to note that the variety of food on offer was quite broad, (even including a vegan option, albeit at a substantial price-tag), and was pleased that the staff were happy to fill a re-usable travel mug with coffee rather than expend throwaway items. Adversely the Ladies Convenience entrance was not particularly clear, and somewhat inconvenienced by customers browsing at a trade stand (which if memory serves may have been a part of Fort Lanchester). Admittedly inconvenienced ladies are still not altogether common at shows, but if the hobby wishes to have broad appeal, then note should be taken. Bear in mind that the venue is quite far away from other purveyors of comestibles, but they don’t seem to care/notice packed lunches.

Gripes and Grumbles and other observations.

Our scouts and pathfinders reported that this year the Bring-and-Buy (operating under the ‘Run your own stand for a bit’ system) didn’t attempt to cycle through traders like it has in previous years, which was generally considered to be a ‘good thing’. Unfortunately the public seem to have not been aware of this. The layout did create several choke-points, including egress between Great Escape Games and the Wargames Illustrated stand, and probably needs a little more thought. Having stands on both sides of a narrow space also tends to cause the public to meander back and forth. This scrivener often makes a considered judgement call, weighing how much he wants to scout for rare gems and needed items against how irritating it will be to wade through a hefty crowd. This year, the desire to not be annoyed by backpacks and pointless conversations won out.

Although it was noted with jocularity that this year the cash machines on site actually had cash in them, it was also noted that they do charge for the privilege, and the nearest free cash machines might as well be in the next county. Our advice is to load up around the train station. Of course this issue is ameliorated somewhat by the increased used of chip+pin, and we have even witnessed some stalwarts accepting cheques at certain shows (They may also accept promissory notes and payment-in-kind of cattle, valuables & 1st-born children). Ask them. 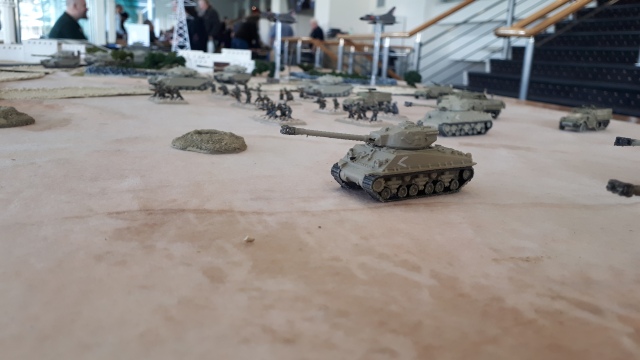 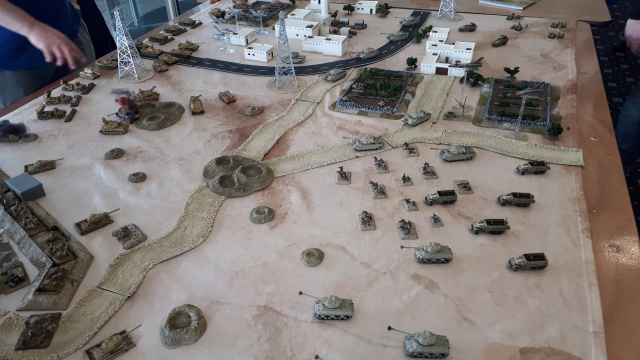 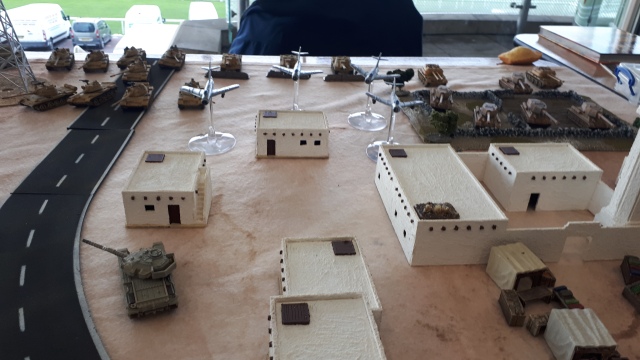 Trader List (Reasonably constant by year, with some drift, which would be less problematic if the website were kept up to date.) With links where available. Whilst there is a definite historical bent, our scurrying bipedal-rat investigator notes stands selling GW and other fantasy produce, and of course the bring&buy is often replete with such materials…

Peter Pig (Our glorious pathfinders would like to stress this is the ONLY Northern show Pig attend, so make the most of it, Wildlings.)

Thanks to Bad Squiddo, an outstanding project is now fully collected, with the acquirement of Catherine Sforza (two armed and armoured ladies of the Renaissance). Midlam miniatures provided a cross-section of Orcs to add to the Grand Comparative, and Westwind (from their Dwarf Wars range) provided the same. Another of the rather fine Red Book Elves joins the pile for the Savage Elf project. Just visible are several movement trays for future Oathmark units, and the gold dust of the collection: a bag of Crimson Fist transfers, which mean that the Primaris Marine project can now continue in style. A selection of 25mm square and 40mm square resin bases rooted out from Lesley’s Bits Box will go towards the Barbarian project, as will the TTG Barbarian. The Gladius is a freebie from the fellows at the Gangs of Rome display stand (pictured elsewhere) and the GW Gryph Hounds…well, they were very cheap and might end up as some sort of Chaos Hound unit. 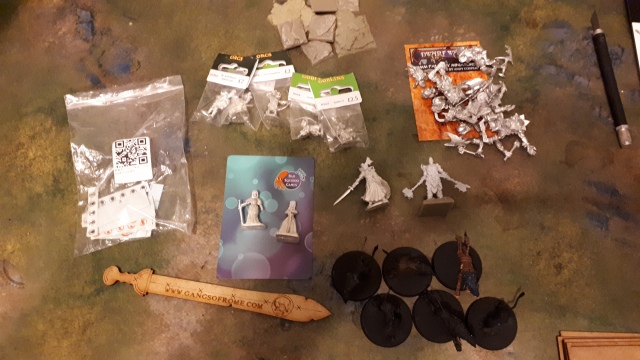 And here, a random assortment of games on display, which were predominantly participation, featuring Cruel Seas, Saga, Gangs of Rome, and exotic locales like  Egypt, Rome, Bridlington and York… 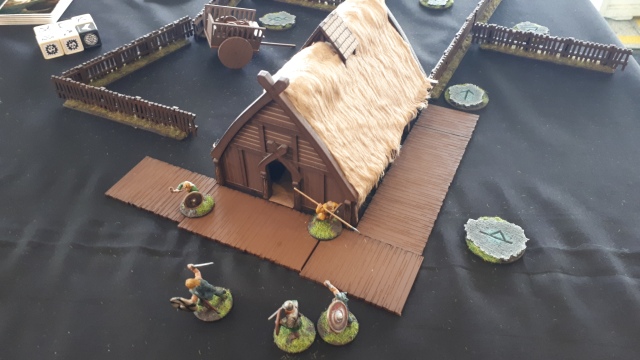 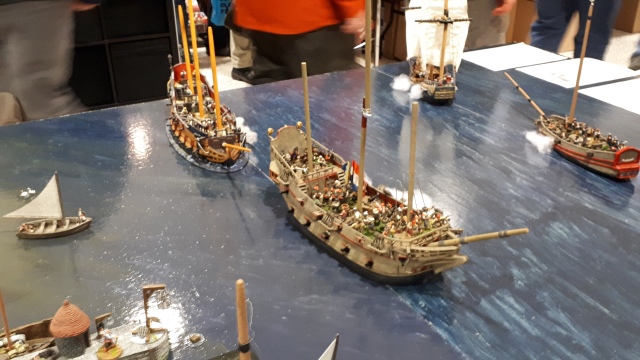 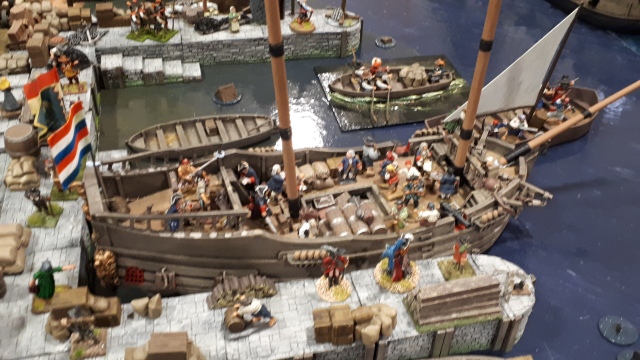 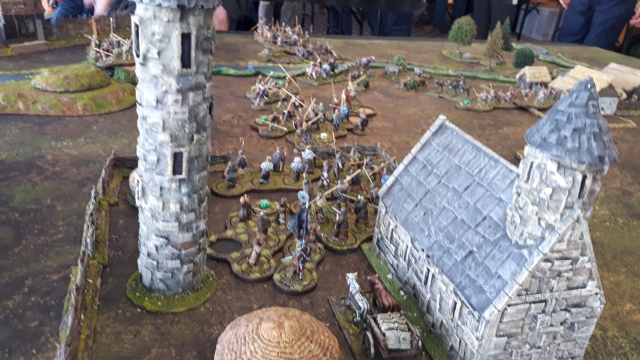 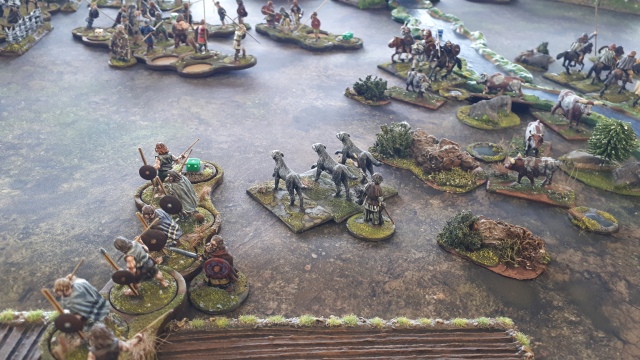 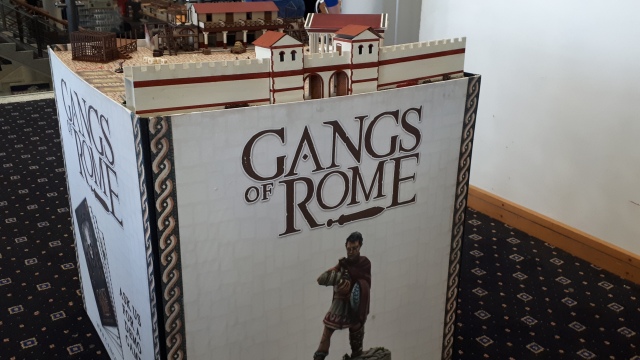 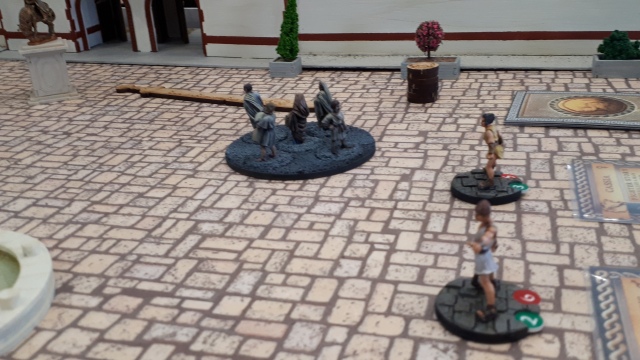 As always, this weary sojourner welcomes advice, requests and suggestions on how to improve these reports. What sort of thing do you wish to know?

With thanks to Jon Birkenshaw, Imperial Probe Droid,  Mike Riley, Skaven Night-Runner, and gratitude to the Widow herself for not devouring any infants or lost gamers.